The American Kennel Club defines the Belgian Malinois with three simple words – confident, smart, and hardworking. Though there is so much more to this astounding breed, no three words better embody the spirit and determination of these working machines.

From their agility and strength, to their unrivaled devotion and boldness, it is no surprise this breed has become a top choice for police and military efforts throughout the world.

The history of the Belgian Malinois

To understand why the Belgian Malinois has such an amazing reputation as an unparalleled working dog, it is important to take a look at the breed’s history.

Developed as a herding breed in Malines, Belgium, this diligent breed also proved to be useful in the protection of farm and family. By breeding with an emphasis on performance as opposed to looks, the success of the Malinois quickly skyrocketed into one of the most sought after breeds for working purposes. Due to its versatility, new career paths quickly opened to the Malinois. World War II introduced this breed to military use – mainly hired as border patrol, cart haulers and message runners.

This was just the beginning. Throughout the following decades, the Belgian Malinois gained further popularity in working fields. It was introduced to the United States around 1911, with five ‘Belgian herding dogs’ being employed as Police K9s by the New York City Police Department. The Belgian Malinois was officially recognized by the AKC in 1959.

In the 1960s, the use of the Malinois spread across the country like wildfire. Mals became the preferred breed for police and military matters, though the public often misjudged the breed as a German Shepherd. In recent years, however, the name and presence of the Belgian Malinois has started to shine even brighter. 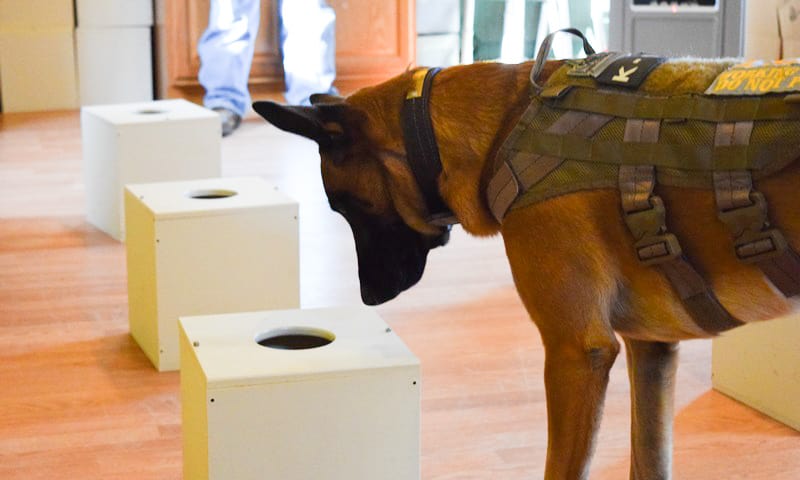 When the need for a military dog arose during the siege of Osama bin Laden’s compound, it’s no shock to hear that the first choice was an eager Belgian Malinois named Cairo. Prior to this famous mission, Cairo had experienced other difficult assignments, including being shot during one operation. The incident put Cairo in serious condition with injuries that may have ended the careers of other dogs. However, the tremendous work ethic of the Belgian Malinois and the drive to continue that work put Cairo back in no time.

Cairo is just one example of the successful use of this breed in working fields. With the Belgian Malinois employed by police and military forces throughout the world, it’s not hard to find a plethora of other examples as well.

Utilized by the Los Angeles Police Department, a fierce Malinois named Edo became a hero due to his assistance in armed suspect seizures.

During the disasters of the 7.1 earthquake in Mexico City and the destructive mudslides of Montecito, Diva the Malinois effectively saved countless lives as a dedicated urban search and rescue dog.

The flexibility and intense drive of the Belgian Malinois easily proves its usefulness for these purposes. But other than that, what exactly makes this breed such a staple for police departments and military efforts?

With its sturdy frame and formidable build, this powerhouse of a dog can easily take on the most demanding of tasks. Physically, this breed is built for work. The perfect combination of strength, agility, and stamina allows the Belgian Malinois to conquer challenges humans can only dream of, making it an ideal partner in these intensive fields.

As a police K9 or military working dog, the Malinois is able to launch through car windows to apprehend suspects, track down individuals through difficult and extreme environments, and even leap from aircrafts to parachute into challenging situations. 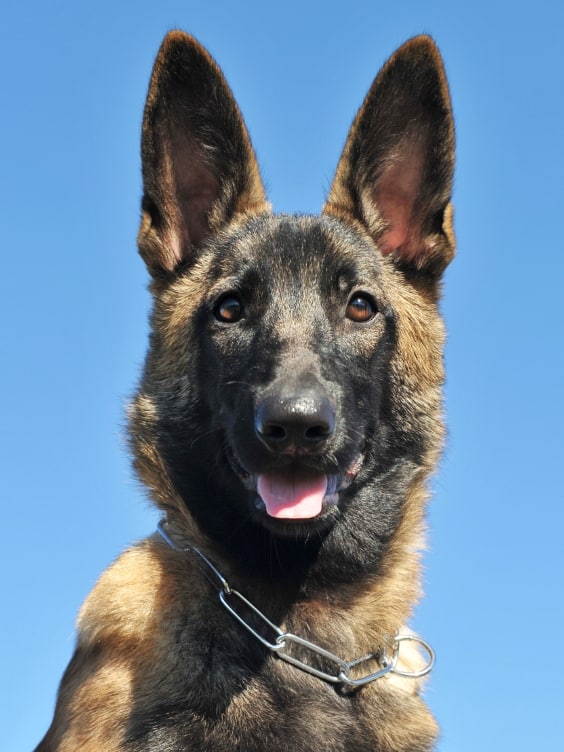 Police and military work takes more than physical strength though, and that’s where the unique mentality of the Belgian Malinois comes in. Loyalty, protectiveness, and eagerness – backed by an incessant desire to work – creates an unstoppable machine when paired with its physical capabilities. Their alert nature and enthusiastic willingness to do anything makes the Malinois an extraordinary partner in even the most difficult of conditions.

With all of this going for the Belgian Malinois, it’s easy to see why this breed is a top tier asset for police departments and military forces throughout the world.

Although the Malinois is a powerhouse of a dog, its skills and talents must be shaped by intensive training in order to create the amazing working canine the world has come to rely on. At Highland Canine Training, our background gives us a personal understanding of the challenges our police officers and military personnel face everyday. In order to craft the perfect canine partner, our training reflects real life scenarios and training techniques that canine handlers will be using in the field. This ensures the Belgian Malinois working dog is equipped with not only the resources it needs for the job but also the experience to successfully fulfill the tasks required of it on the job.

The natural ability of a Mal makes them the ideal candidates to be trained to perform any type of odor detection in stressful environments, in addition to reliable apprehension skills without hesitation in the harshest situations. With a properly trained Belgian Malinois on your side, nothing can stand in your way.