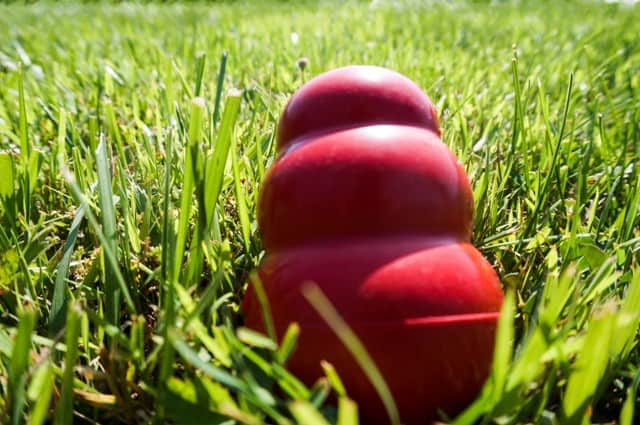 Because You Can’t Put Handcuffs on a Toy

Some time back, I was conducting a K9 problem solving seminar for a number of departments and law enforcement agencies when a handler approached me to ask my advice on a failed track that he had recently conducted.  He was clearly bothered by losing an apprehension on a burglary suspect that his tracking dog had been hot on the trail of.

Hats Off To You 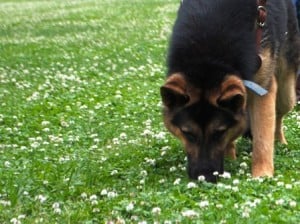 He explained that he was called to the scene of a residential burglary and arrived only a few minutes after the call came in.  The homeowner was present at the time of the break in and had given the officers a really good description of the suspect.  The suspect was wearing blue jeans, red tennis shoes, a white t-shirt and a red ball cap with the letter “A” on it in white. The suspect had fled on foot, from the front door of the home and was last seen heading across the street.

The handler harnessed his dog and the German Shepherd immediately got to work.  The suspects course took them through a few neighborhoods, across streets and over a few fences.  The track was long, but the dogs intensity convinced the handler that they were still on the right trail.  The trail then led them away from the neighborhoods and into a more rural area filled with larger pastures.  As they were heading across one pasture, the dog stopped dead in his tracks.  As the handler caught up, he could see that the dog had located a red ball cap with a large white letter “A” on the front of it.  The suspect had clearly lost his hat and they were clearly on the right trail.

As the handler reached down to take the hat away from his dog, the Shepherd began to make a game of it.  He did not want to release his newly found prize.  After a minute or so, the handler got the hat away from the dog and tucked it into his pocket to save it as evidence for later use.  As he commanded the dog to get back to work, he found that the dog simply wanted to focus on his cargo pocket.  He could never get the dog to restart the trail after finding the hat.

The Cause of the Problem 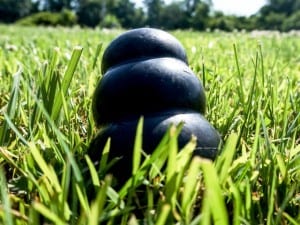 I began to quiz the handler about how his regular tracking training generally took place.  He explained that he would have someone, often another handler, lay a trail for the dog and allow a variable time to expire before allowing the dog to start. He stated that the tracks usually covered grass, concrete, asphalt and other surfaces.  He went on to say that in most cases, because the track layers did not want to wait, they would simply leave a toy at the end of the trail.  Once the dog located the “end” of the trail, he would find the toy and reward himself.

Many handlers utilize toys or some sort of reward at the end of each trail as a  reinforcement for the dog.  Rewarding the dog for each successful find is a great idea, but needs to be done properly to ensure that you don’t have problems similar to the one above.  Reinforcement at the end of a trail should always be coupled with a human, since we are in fact teaching the dog to locate humans.  The exception to this rule is when we are teaching the dog to indicate track loss, for example, at the end of a trail when the suspect leaves the scene in a car.  If your track layers won’t stay at the end of the trail until the dog finds them, find new track layers!  Otherwise, the dog will always believe that when they find a “toy” or reward, that their job is finished and we will likely find it impossible to get them restarted.

Highland Canine Training offers a variety of programs and services for police k9 teams. We offer consulting, police dog sales and training, including seminars, handler training as well as Police K9 Instructor Courses for those wanting to learn more and hone their skills with the Police K9. For more information about our programs and courses, feel free to contact us at training@highlandcanine.com or by calling 704.498.7907

Maximize the value of your next K9 Seminar