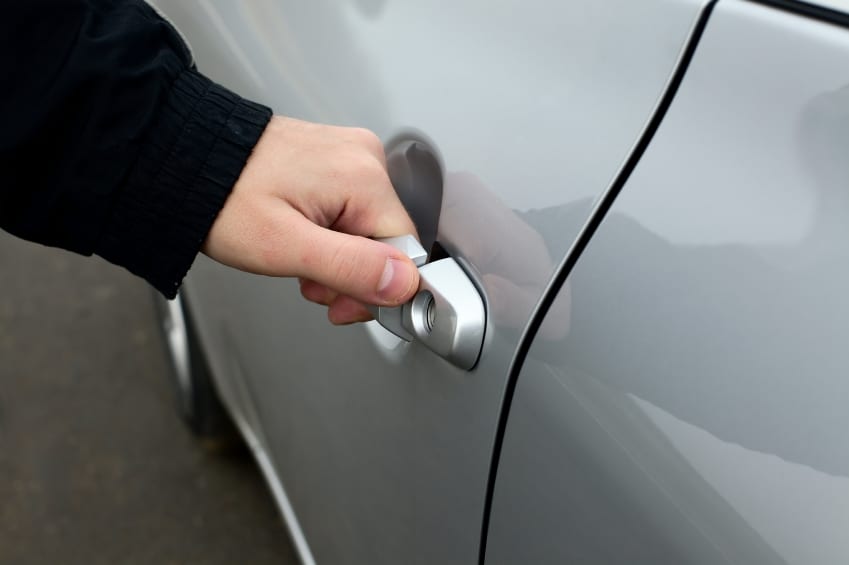 Have You Ever Worked With “Randy”?

I once had the opportunity to work with a handler that we will call “Randy”. He had been a handler for several years and had handled a number of dogs. Rarely, did he train or practice, particularly in the area of tracking. Therefore, his dual purpose police dog wasn’t very successful in the field and his ability to read the dog was also pretty poor. Practically every time that he was called to track a suspect, whether it was a rural or urban environment, the ensuing track resulted in track loss. Randy’s explanation was always the same…..”They caught a ride!” While assisting him as a backup officer on a criminal suspect track one night, we were led by his dog about 900 yards into the middle of a cornfield. All of a sudden the dog lost the track and Randy tried to explain to me that they must have “caught a ride.” There were no tire tracks, no disturbed corn stalks, nothing! The reputation that he achieved by always tracking suspects that left in a vehicle earned him the name, “Caught a Ride Randy”.

Training the Negative for the Tracking Dog

As a handler and trainer of tracking and trailing dogs for the past 20 years, I understand that suspects will occasionally get into a vehicle in attempt to leave a crime scene. Therefore, it is important to teach the negative alert to the tracking or trailing dog so that we can be certain that they in fact got in a vehicle and left the scene. By having a solid negative alert, we will not spend time guessing about whether or not our dog has experienced track loss or whether or not our suspect has left in a vehicle. 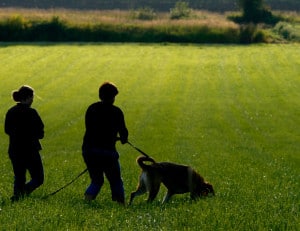 If our dog is experienced in tracking or trailing exercises, teaching the negative alert is a relatively simple process. To teach it, we simply set up tracking or trailing problems where the tracklayer gets in a vehicle and leaves. It is important that the handler understands exactly where the track finishes so that we will be prepared to recognize the behaviors that the dog will display when they experience complete track loss.

Once our dog reaches the end of the trail, where the tracklayer got into the vehicle, we will see the dog exhibit a series of behaviors in an attempt to recover the trail that no longer exists. Once we see these behaviors, we will prompt the dog for another behavior. This alternate behavior can be a sit, down, bark, etc. Once the dog executes this behavior, we will reward them for providing our “negative alert” at the end of the trail. It is important that we are consistent in the alternate behavior that we ask the dog to perform and we want to ensure that the dog is rewarded before we see signs of conflict or stress. Be sure not to present too many of these problems, with a suspect leaving in a car, to the dog in the beginning so that they do not always expect tracks to end in loss. A good ratio to use, that will keep the dog motivated to find your suspect at the end, is typically 15:1. In time, the dog will begin to offer the alternate behavior, for example, the down, without prompting, whenever they experience track loss due to a person leaving in a vehicle.

Highland Canine Training offers a variety of programs and services for police k9 teams. We offer police dog sales and training, including seminars, handler training as well as Police K9 Instructor Courses for those wanting to learn more and hone their skills with the Police K9. For more information about our programs and courses, feel free to contact us at training@highlandcanine.com or by calling 704.498.7907

Wrapping up week 1 of our first handler school of

Anyone else have the Sunday scaries right now?

Mock traffic stops are a crucial part of our detec

Getting some training in before the weekend begins

This Lab has bigger muscles than most of us…

Recerts! It’s that time of year!

Some pre holiday training with our brand new impor

These teams have successfully made it through hand

Happy Friday! Here’s some action shots from this

What a great day for some trailing! As always, tha

The bonds are building… these teams will be stre

A little bail out training was on today’s handle

“Not all hero’s wear capes” K9 Skaza is the