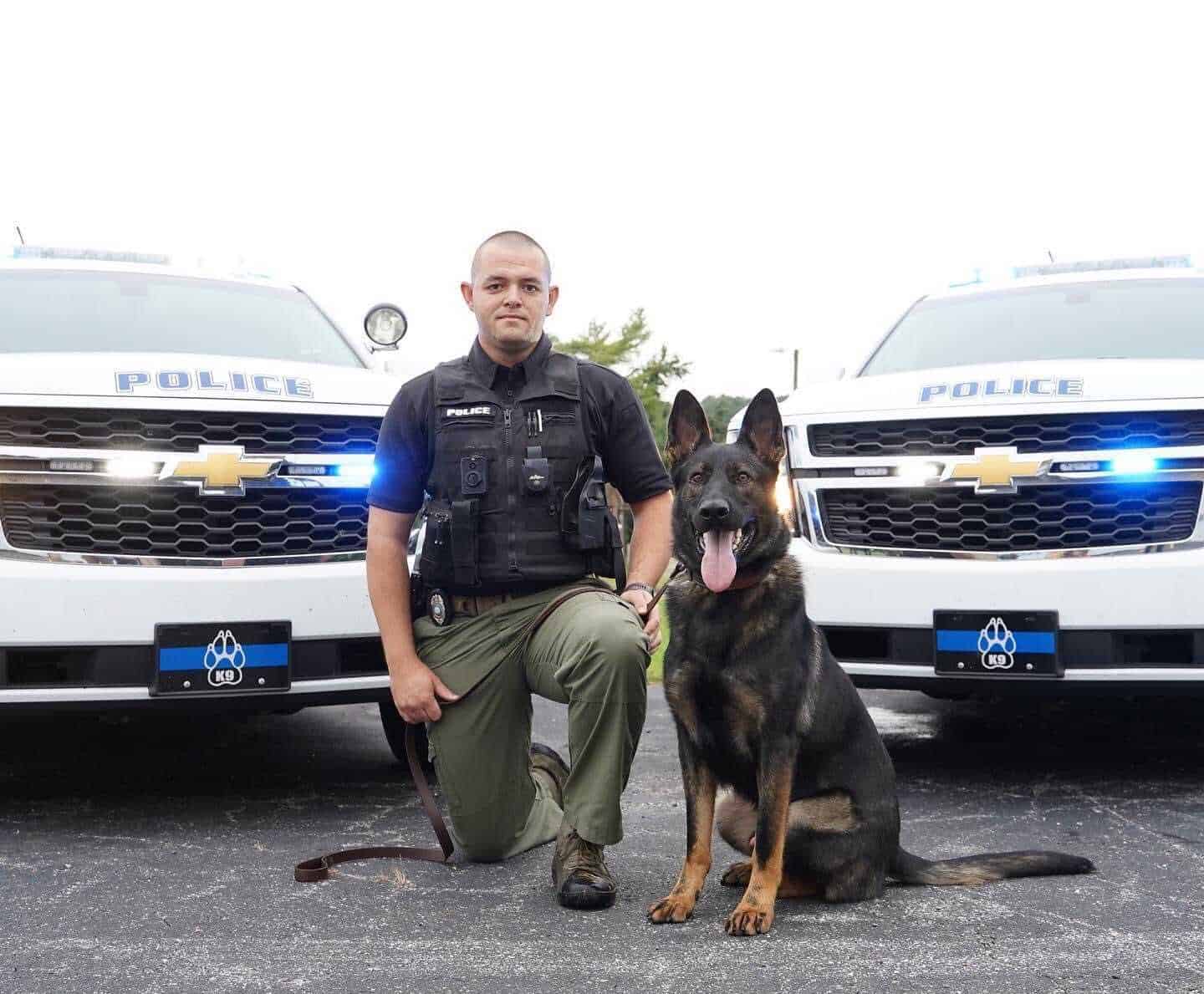 One of the most recognizable dogs in the world, the German Shepherd (GSD) is an intelligent and high-drive herding breed. GSDs are frequently used by police and military teams in a variety of situations around the globe, including patrol duties and narcotics detection.

In this article, we’re going to briefly look at the origins of this breed, before reviewing a few traits that make German Shepherds ideal candidates as police and military K9s.

The history of the German Shepherd

German Shepherds were originally bred in the late 1800s to herd sheep in Germany. In the early 1900s, a German Shepherd breeder named Max von Stephanitz started to selectively breed dogs for working traits, and by 1910, the German Shepherd was being tested in working environments for the police and military. By the 1920s, the breed started to explode in popularity across Europe because of their intelligence, loyalty, and aptitude to work.

The first German Shepherd arrived in the United States in the early 1900s, and the breed was recognized by the American Kennel Club in 1908. Whilst World War I resulted in a drop in popularity for anything German in countries like the United States and the United Kingdom (to such an extent that Brits still use the term ‘Alsatian’, as opposed to German Shepherd), the GSD maintained its popularity and is widely regarded nowadays as one of the most popular dog breeds in the world.

As dogs became more widely used by military and police teams, the German Shepherd quickly established itself as one of the preferred breeds. Even though in the mid-twentieth century there wasn’t the body of research available that there is today, it was quickly apparent that GSDs were loyal, protective, intelligent and athletic. These traits made them ideal choices as part of police and military teams.

As the decades have progressed, the German Shepherd has continued to act as an effective working dog for a number of tasks. Their work ethic, trainability and genetic traits make them a fantastic choice – here are just a few attributes of the German Shepherd which make them great candidates for police and military work. 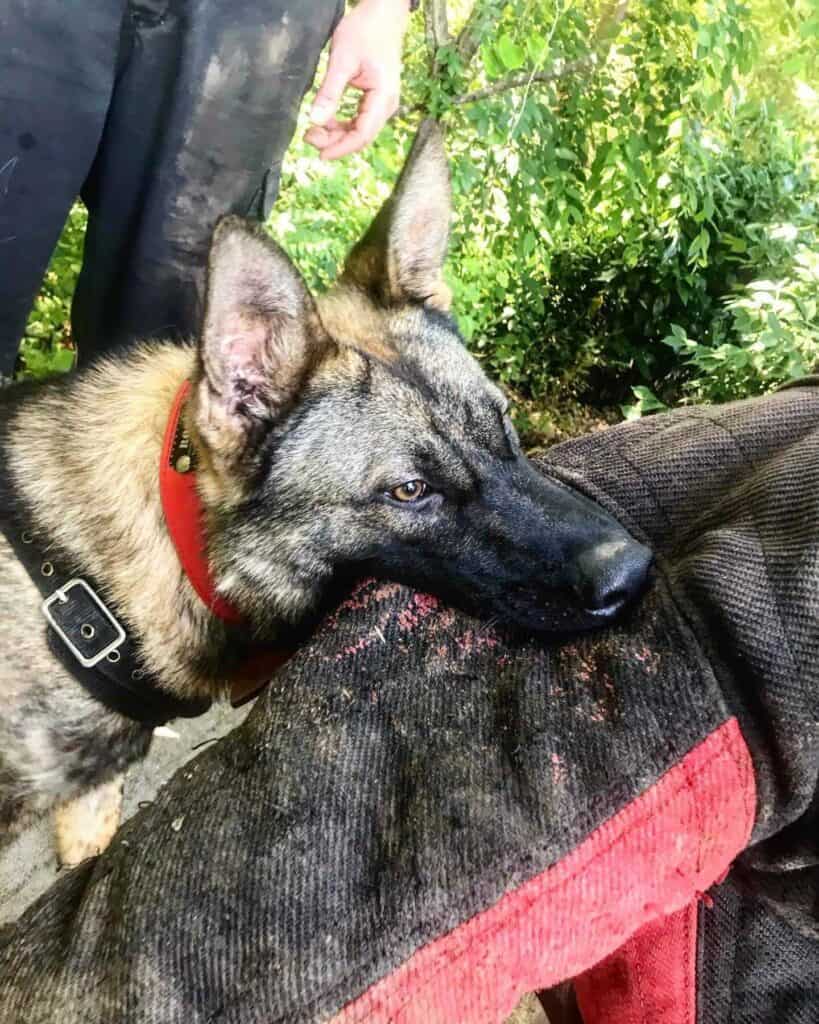 German Shepherds are commonly believed to be one of the smartest dog breeds. This can be a blessing and a curse; GSDs need both physical exercise and mental stimulation to keep their brains active. When bored, a German Shepherd can exhibit destructive behavior. However, their intelligence can also be harnessed in a way that makes them effective police or military K9s.

Typically, German Shepherds pick up on training methods extremely quickly. This accelerates the learning process and ensures they can perform their given job with ease. Whether apprehending a suspect or detecting illegal substances, this breed can learn a multitude of different facets of a job. German Shepherds have been selectively bred for intelligence and trainability for decades.

GSDs can also be a good choice for inexperienced handlers, as they often take time to think before they act.

In particular, working line German Shepherds have a lot of prey drive. Prey drive refers to a dog’s natural desire to hunt for prey or a toy. In detection disciplines or trailing problems, this is an incredibly important attribute for a dog to have. Utilizing a German Shepherd’s natural ability to hunt and work has made them one of the top choices for these types of jobs.

Over the decades, selective breeding has resulted in an increase in prey drive in the modern-day German Shepherd. Another valuable trait of the GSD is their defense drive. This means that the breed has been genetically engineered with a desire to protect and defend. When channeled correctly, this means a German Shepherd will fiercely protect themselves and their handler. 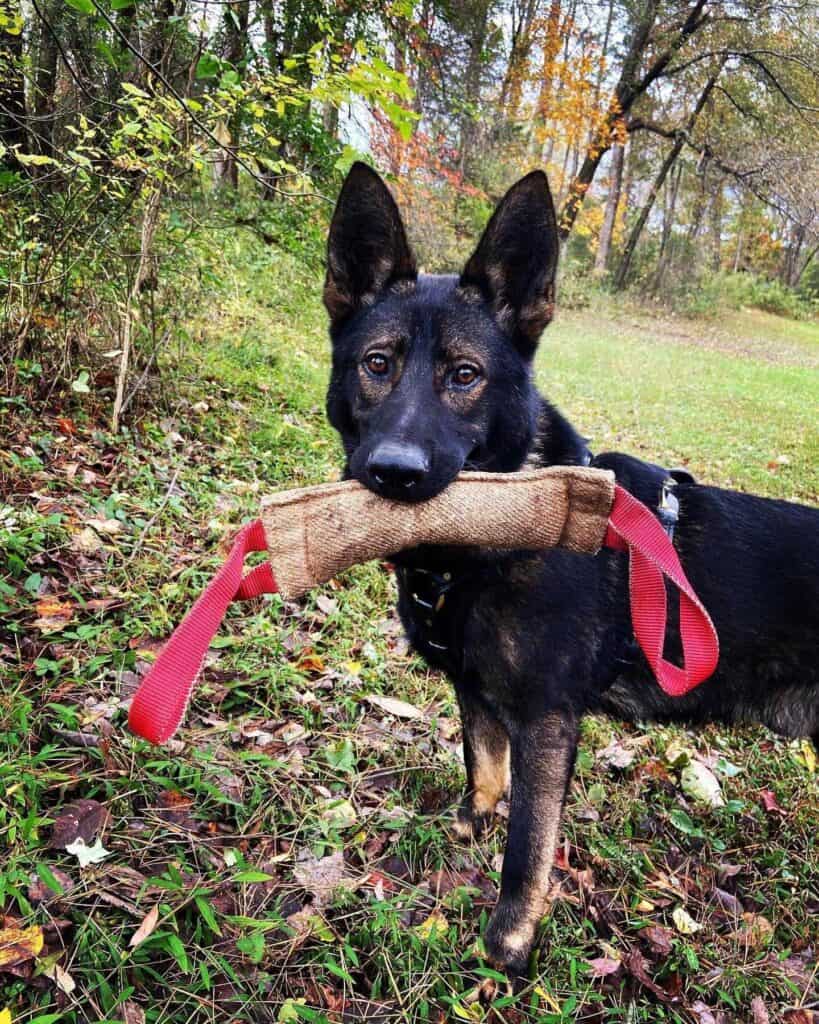 It is well-known that German Shepherds are highly athletic and powerfully built dogs. They have a bite force of up to 238 PSI, giving them a very powerful grip. This strong bite force, combined with their body shape and intimidating appearance, makes this breed suitable for a very large variety of jobs. German Shepherds are also very agile, which is useful in detection situations where a dog may need to access hard-to-reach places.

In police and military work, athleticism is essential. The job is physically demanding, often requiring a combination of speed and stamina. Whether apprehending suspects in a patrol environment or demonstrating their stamina on long trails, there are few breeds which can match the physical capabilities of the German Shepherd.

As natural guard dogs, German Shepherds possess the perfect temperament for police and military work. They thrive on being active, so working as a K9 provides them with the physical and mental activity they require.

In addition, German Shepherds have a natural tendency to think before they act. They also typically have a better ‘off-switch’ than other breeds. This combination of traits makes them ideal candidates for police work, and also makes them a great choice for a first-time K9 handler. 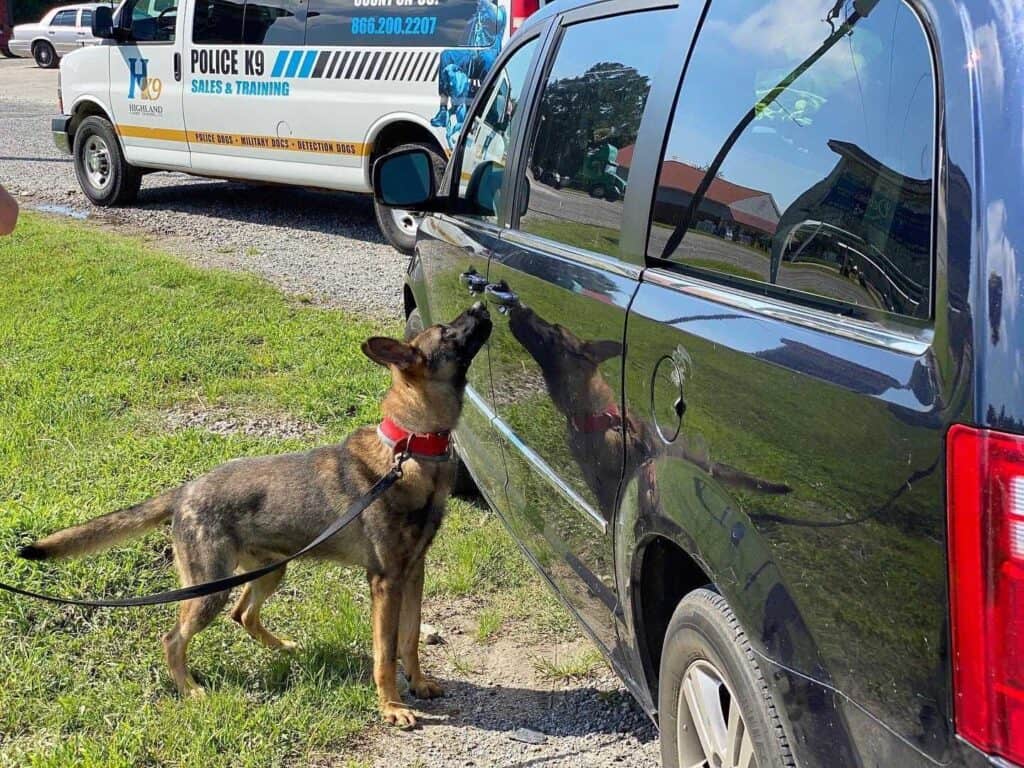 Every dog breed has its own quirks, tendencies and personality traits. Being able to harness those traits properly is imperative, particularly in high-stress situations, which many police and military teams often operate in.

The qualities we have detailed in this article make the German Shepherd adept at a number of different jobs. A well-trained GSD is a force to be reckoned with – and makes them a reliable partner for many K9 handlers.

How to Teach a Reliable Call Off

Why ‘Good’ Dogs Are Becoming Harder To Find