This appeal presents the sole question of whether a sniff of luggage by a trained narcotics detection dog constitutes a “search” within the meaning of the Fourth Amendment. We hold that it does not.

Florida detectives observed John Beale and Joseph Pulvano check three pieces of luggage with a skycap at the National Airlines terminal at Fort Lauderdale, but then saw them separate inside the terminal and obtain their seating assignments from the ticket counter separately. After Beale and Pulvano sat together at the boarding area, one detective approached them and questioned them briefly. Pulvano exhibited several signs of abnormal anxiety, and admitted that he had been earlier arrested on a narcotics charge.

The detectives then had “Nick,” a narcotics detection dog, sniff around the suspects’ luggage in the checked baggage area. Nick alerted to Beale’s suitcase. From that point, the suspects were kept under surveillance until they reached San Diego. There, “Duster,” another narcotics detection dog, alerted to Beale’s suitcase and shoulder bag. Agents in San Diego then searched Beale’s luggage pursuant to a warrant, discovering contraband.

In United States v. Place, ~- U.S. —, 103 S.Ct. 2637, 77 LEd.2d 110 (1983), the Supreme Court stated: We have affirmed that a person possesses a privacy interest in the contents of personal luggage that is protected by the Fourth Amendment. A “canine sniff” by a well-trained narcotics detection dog, however, does not require opening the luggage. It does not expose noncontraband items that otherwise would remain hidden from public view, as does, for example, an officers rummaging through the contents of the luggage. Thus, the manner in which the information is obtained through this investigative technique is much less intrusive than a typical search. Moreover, the sniff discloses only the presence or absence of narcotics, a contraband item. Thus, despite the fact that the sniff tells the authorities something about the contents of the luggage, the information obtained is limited. This limited disclosure also ensures that the owner of the property is not subjected to the embarrassment and inconvenience entailed in less discriminate and more intrusive investigative methods.

In these respects, the canine sniff is sui generis. We are aware of no other investigative procedure that is so limited both in the manner in which the information is obtained and in the content of the information revealed by the procedure. Therefore, we conclude that the particular course of investigation that the agents intended to pursue here—exposure of respondent’s luggage, which was located in a public place, to a trained canine-did not constitute a “search” within the meaning of the Fourth Amendment. 103 S.Ct. at 2644-45 (citation omitted). Although the Court majority has been criticized    for    exploring    this    issue because its resolution was unnecessary to the Court’s decision, see, e.g., id. at 2651  (Brennan, J., concurring); id. at 2653 (Blackmun, J., concurring);   1 W. LaFave, Search and Seizure: A Treatise on the Fourth Amendment § 2.2(f), at 81 (Supp.1984), the Court, in a recent case involving the legality of a chemical field test   to   disclose   the   presence    of contraband, characterized its statement in Place as a holding, saying that “the Court held that subjecting luggage to a ‘sniff   test*   by   a   trained   narcotics detection dog was not a ‘search’ within the meaning of the Fourth Amendment.” United States v. Jacobsen, 466 U.S. 109, — – -—, 104 S.Ct. 1652, 1662, 80 LEd.2d 85 (1984).  Whether or not the statement in Place was a holding or dictum, the Supreme Court has clearly directed the lower courts to follow its pronouncement.

The essence of the Supreme Court’s expositions   in   Place   and  Jacobsen, which we apply here, is that the investigative technique employed here is not considered to be a “search” since (1) it discloses only the presence or absence of a contraband item, and (2) its use “ensures that the owner of the property is not subjected to the embarrassment and inconvenience entailed in less discriminate and more intrusive investigative methods.” Place, 103S.Ct. at 2644.

A.    Information   Disclosed   by   the Investigative Technique

The Court in Place reasoned that a dog sniff is an investigative technique sui generis in that it “does not expose noncontraband items that otherwise would remain hidden from public view ….” 103 S.Ct. at 2644. The Court emphasized this point in Jacobsen when it stated that “the reason [the dog sniff in Place ] did not intrude upon any legitimate privacy interest was that the governmental conduct could reveal nothing about noncontraband items.” Jacobsen, — U.S. at — n. 24,104 S.Ct. at 1662 n. 24. We therefore see no need to reexamine our cases holding that the use of investigative devices revealing more than the presence of contraband, albeit in limited fashion, does constitute a search. See, e.g., United States v. Henry, 615 F.2d 1223, 1227 (9th Cir.1980) (holding that X-ray scan is a search because it “reveals, to a certain extent, articles the owner has chosen to conceal from view”); United States v. Doran, 482 F.2d 929, 932 (9th Cir.1973) (implicitly holding that a magnetometer scan to detect the presence of metal is a search).

B.  Intrusiveness of the Investigative Method

We recognize that the Court in Place validated only “the particular course of investigation that the agents intended to pursue here–exposure of respondent’s luggage, which was located in a public place, to a trained canine.” 103 S.Ct. at 2644-45. In declaring that the dog sniff in Place did not constitute a search, the Court assumed that the particular method of using the dog “ensures that the owner of the property is not subjected to the embarrassment and inconvenience entailed in less discriminate and more intrusive investigative methods.” 103 S.Ct. at 2644.

In Place, as well as in Jacobsen, the investigative technique did not require any contact with the owner of the property being investigated, as the property investigated was located in a baggage area. Here, we are not confronted with a case in which the detection dog conducted a sniff of a person rather than an inanimate object, or a sniff of luggage that a person was carrying at the time. The investigative technique applied to Beale’s luggage caused “virtually no annoyance and rarely even contact with the owner of the bags, unless the [test result] is positive.” United States v. Waltzer, 682 F.2d 370, 373 (2d Cir.1982), cert, denied, — U.S. -—, 103 S.Ct. 3543, 77 LEd.2d 1392 (1983). There is no evidence that Beale himself was detained, even for a moment, due to that sniff.

We  hold  that  the   investigation  of Beale’s luggage in these circumstances did not interfere, in any meaningful way, with Beale’s possessory interest in his luggage.   We realize that the Supreme Court in Place equated the seizure of a traveler’s   luggage  to   seizure   of   his person    when    seizure    of    luggage subjects the person “to the possible disruption of his travel plans in order to remain with his luggage or arrange for its return.”   103 S.Ct. at 2645 (footnote omitted).      In   Place however,   DEA agents   held   the   suspect’s   luggage between  a Friday afternoon and the following Monday morning.  The agents never made it “absolutely clear how they [planned] to reunite the suspect and his possessions at some future time and place.” 103 S.Ct. at 2645 n. 8 (quoting 3 W.   LaFave,   supra,   §   9.6,   at   61 (Supp.1982)). Consequently, the Court held that Place’s luggage was seized. In contrast, Beale was not detained or otherwise  inconvenienced, nor were his travel plans interfered with in the slightest, while Nick and the other Florida detectives did their work. Any interference with Beale’s possession of his luggage was de minimis. Cf. United States v. Jacobsen, — U.S. at — & n. 28, 104 S.Ct. at 1663 & n. 28 (discussing de minimis invasions of Fourth Amendment interests); United States v. Van Leeuwen, 397 U.S. 249, 252, 90 S.Ct. 1029, 1032, 25 LEd.2d 282 (1970) (one-day detention of packages placed in the mail not a seizure). There was thus no seizure of his property necessitating probable cause or reasonable suspicion. See Jacobsen, — U.S. at —, 104 S.Ct. at 1656 (defining a seizure of property).

The canine sniff of Beale’s luggage conducted at the Fort Lauderdale Airport was not a “search” under the Fourth Amendment. Beale’s motion to suppress the evidence on the ground that it was illegally tainted by the Fort Lauderdale sniff was properly denied. Accordingly, the judgment of conviction appealed from is 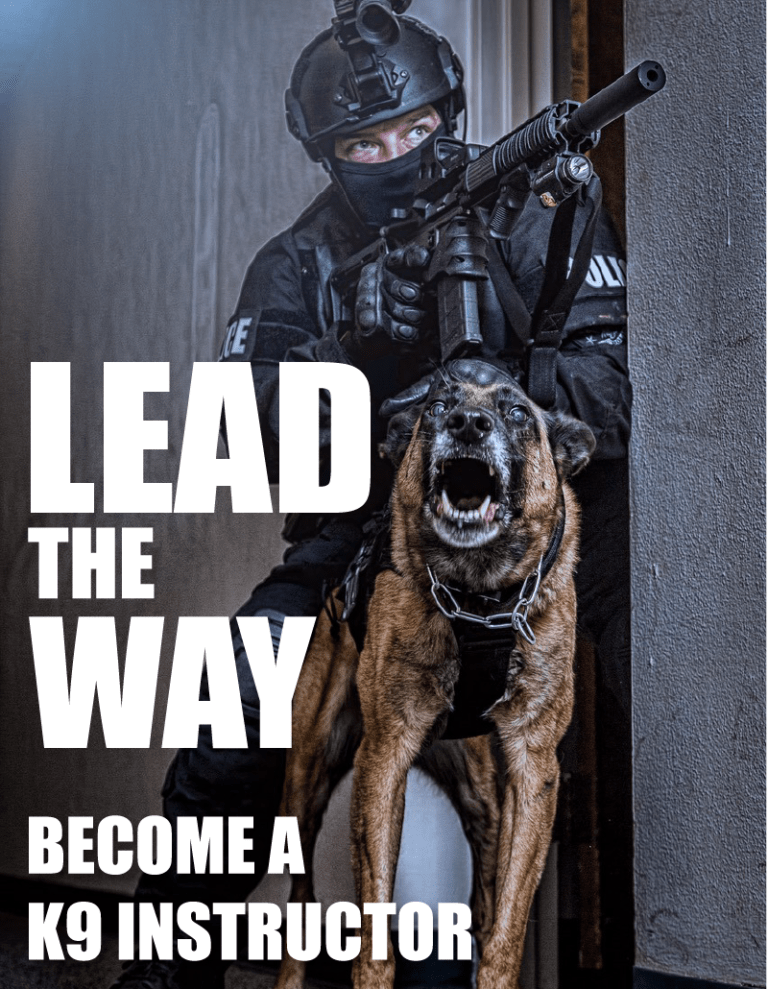