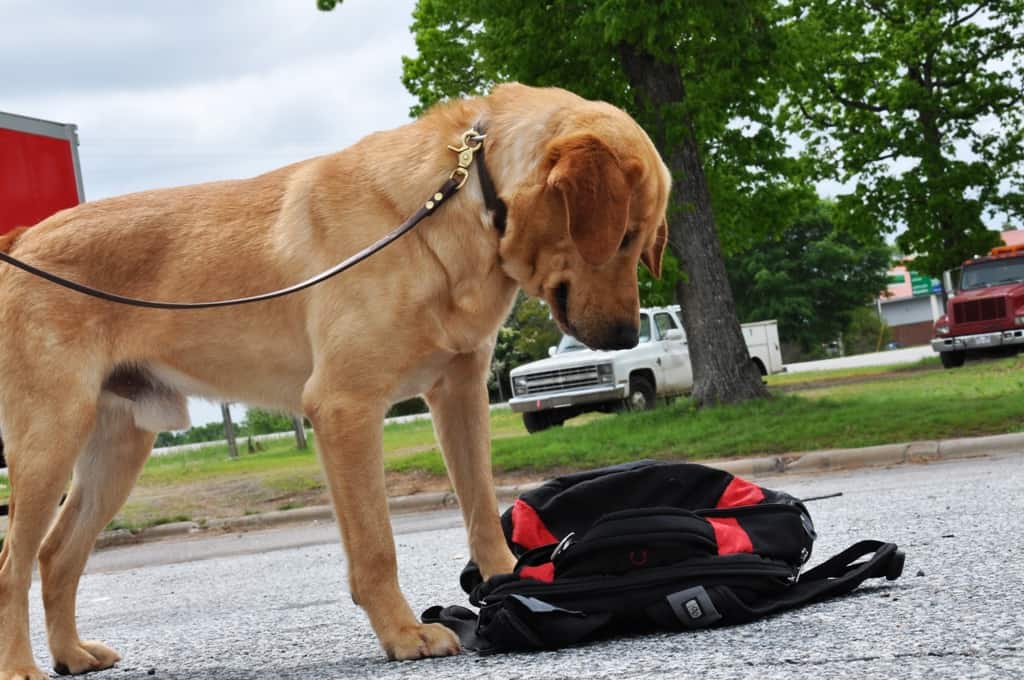 The Labrador Retriever is the fruitful product from generations of breeding using specific selection criteria for a highly motivated retrieving canine. Required to immerse themselves into frigid waters, gliding through the strongest currents in order to retrieve heavy waterfowl back to its hunter, the Labrador Retriever has developed some incredible genetic ability. They are strong, lack no endurance or determination and have a mental toughness that is arguably second to none.

In 1903, the breed was officially sanctioned by the English Kennel Club followed by the AKC in 1917. It comes as no surprise that the Labrador Retriever was voted the most popular dog breed of 1991 and has continued to maintain its position as a chart topper to this day.

The Labrador Retriever has an average lifespan of ten to twelve years depending on the health of the individual dog. Some health concerns to be addressed before committing to owning a Labrador include elbow dysplasia, patellar luxation and obesity.

A well trained Labrador is engaging, playful, friendly towards strangers and easy to train. As well as having a high tolerance toward children and their antics, they are very social around other pets and are not shy in new and strange environments. Extremely loyal and obedient to its owner, the Labrador is an enthusiastic student of obedience, with a constant desire to be mentally challenged. They are laid back at home, however, they can transform with energetic intensity in a blink of an eye when stimulated. Keeping in mind all these attributes; obedient, loyal, intelligent, mentally tough and energetic, it is easy to see why the Labrador is treasured among canine enthusiasts and is becoming an increasingly popular choice as the perfect working dog candidate.

In recent years the need for skilled working dogs has skyrocketed. In particular, the demand for detection dogs able to locate explosives, narcotics, currency or anything with odor is high. Even search and rescue dogs required to locate human scent are needed more and more. In the past, breeds such as the German Shepherd and the Belgian Malinois were utilized for these roles however these days the Labrador Retriever is gaining momentum as the breed of choice for these demanding and potentially dangerous situations.

But what makes the Labrador Retriever so qualified? 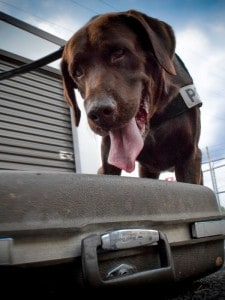 Dogs in general have a remarkable ability to detect scent and rely on their sense of smell to interpret the world, much like human beings do with their sight. To gain respect for a dog’s capacity to use their nose, compare it to a person’s nose. Whereas humans only have 5 million scent receptors, dogs have an incredible 220 million on average. As a result they are able to detect minuscule amounts of scent and then trace it directly back to the source, making them more reliable than any mechanical detection device ever produced.

Whilst this ability is common with all dogs in general, when you keep in mind that Labradors were genetically bred to locate game, this alone adds more power to the Labrador’s genetic detection capabilities. Labradors were not only required to locate odor of game but they also had to block out other scents whilst on the hunt in order to discriminate and be successful.

The perfect detection dog prospect is a dog that has a desire to hunt and retrieve an object. When testing a detection dog candidate, the trainers will gauge just how long and hard a dog is willing to hunt for an object using its nose. As a result of its genetic predispositions to hunt and locate game for a hunter in the most extreme climates without giving up, it is not uncommon for a Labrador to pass the detection dog selection criteria with flying colors.

Another reason Labradors make stellar detection dogs is their work ethic. They are highly intelligent and have an incredible desire to learn and interact, always begging for a task to do. They enjoy working with people, their handler in particular and are always eager to please making it easy to utilize and deploy these dogs in a working environment. This human- canine camaraderie is essential when facing dangerous situations that have the potential to kill and injure human beings.

The Labrador Retriever has remained on top of the popularity charts since it was first accepted by the English Kennel club in 1917. Considering its genetic tendencies to be a hard working and loyal hunting dog, it is no surprise that they are being utilized to a greater capacity in the working dog community today. Their ability to remain calm without sacrificing necessary drives to be the perfect detection dog makes them a safe and sensible option for anybody deploying a dog in a stressful or dangerous environment.