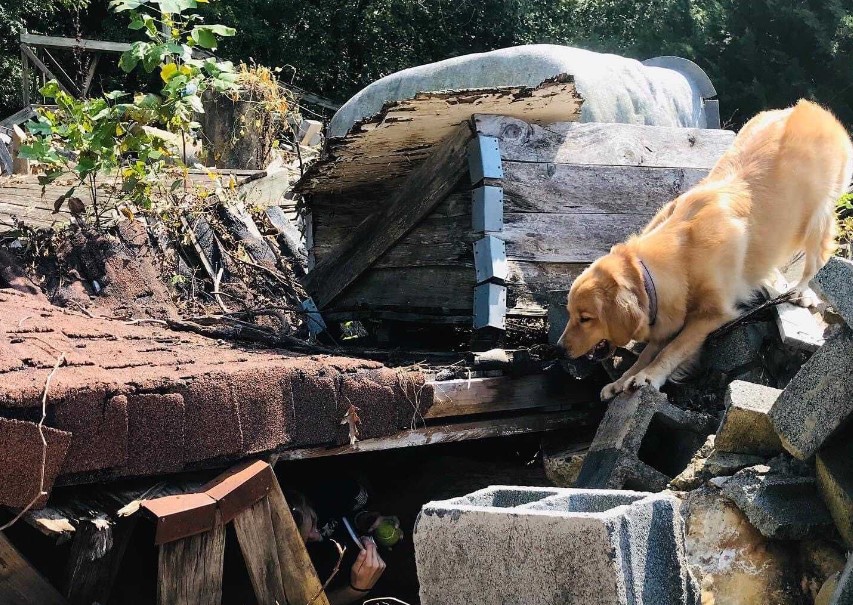 Search and rescue dogs – or SAR dogs – have been utilized operationally for years to help locate lost or injured people. Although the concept of training dogs to locate lost people is one that is relatively new, humans have been using dogs to hunt and track for centuries.

The first known SAR dogs were developed around the end of the tenth century, and were trained by the monastics of the Great St Bernard Pass. The massive dogs they used to save people from avalanches or find them when they were lost in the mountainous wilderness would go on to become known as St. Bernards. Eventually, the Red Cross began using them in World War I to locate injured force members by teaching them to follow airborne human scent to source.

SAR dogs officially made their debut in World War II when they were used to locate humans trapped under rubble piles after bombings. These highly trained canine heroes were able to locate victims significantly faster than human search parties, making them incredibly valuable tools when time was critical to the survival of trapped individuals. These incredible dogs have been used during natural disasters and terrorist attacks ever since because of how efficiently they can clear an area or locate a victim.

Although there are many types of SAR dogs, including wilderness air scent, trailing scent discriminatory, water based SAR, mountain SAR and urban SAR, the focus of this article will be to discuss the specifics of how urban SAR dogs (also known as disaster SAR dogs) locate victims.

Typically, urban SAR K9s are deployed by FEMA task forces anytime there is a natural or manmade disaster (such as an act of terrorism) too significant or complex for humans to deal with on their own. Dog teams are usually deployed when victims cannot be obviously located, such as in instances where people become trapped under rubble, burn piles or fallen structures. These SAR dogs work very closely with their handlers who ensure that the dogs stay safe during trainings and deployments. Their handlers are also responsible for maintaining their training and rewarding their K9 anytime they successfully locate a trapped individual. 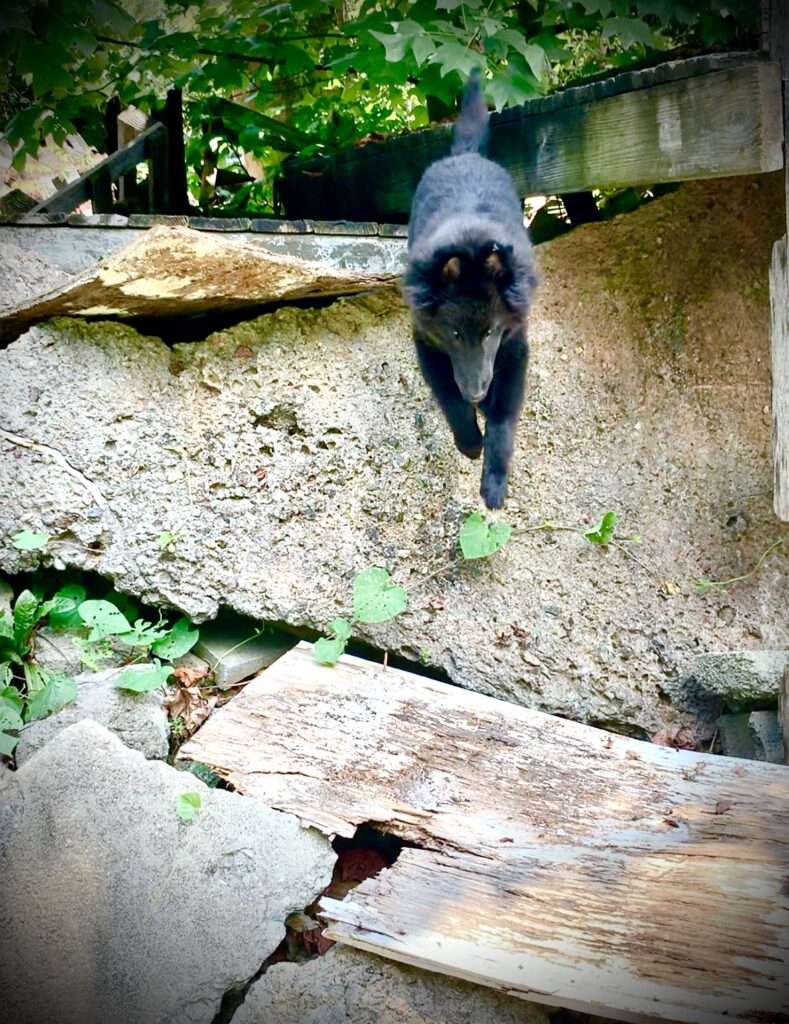 How do dogs find people?

The science behind how dogs find lost humans is complex; however, it can be simplified by looking at the basics of canine olfaction. Dogs possess, on average, 115 million to 300 million olfactory receptors. To make a comparison, human beings possess approximately six million olfactory receptors. Dogs are literally built to smell; nearly one-third of their brain is dedicated to processing the endless stimulation that their olfactory system transmits. They also possess a highly refined olfactory system which enables them to separate combination smells and focus on only a single component at a time, locating the direction of a scent through the individual functioning of each nostril and identifying different smells – even when they are in environments containing thousands of different odors.

Dogs are predators, and their wolf ancestors require this insanely complicated olfactory system to hunt prey. This is why humans began using dogs for hunting – a dog can catch the scent of a prey animal (or anything, really) and focus exclusively on that scent and where it goes. Their brain allows them to ignore other odors so they are able to follow that individual scent all the way to its source.

In the instance of a hunting dog, the pup is rewarded when they locate prey. Their brain releases a domino effect of feel-good hormones and chemicals, which reinforces the act of finding prey. The act of hunting is a self rewarding behavior in dogs, and developed so because they once required it in order to survive. This is why even pet dogs will follow unseen odors and, depending on the dog, can even result in them completely ignoring their owner and everything else going on around them.

Urban disaster dogs work specifically through a method of hunting known as air scenting. Whereas a scent discriminatory canine is trained to follow a specific scent to its source, air scent dogs are trained to locate any live human odor, and HRD dogs are trained to locate any deceased human odor. Air scenting requires a dog to search an expansive area for the purpose of locating a scent cloud. The term “scent cloud” refers to the specific, condensed odor being emitted directly from a source and does not include the residual odor left by someone traveling from one location to another. Since buried victims did not walk to their location, there is no residual trail left for a dog to follow.

In a similar way to how dogs can locate explosives, bedbugs or narcotics, they are searching for the immediate odor being emitted directly from the trained source. Disaster dogs systematically search a large area, oftentimes with some direction from their handler, for any human scent cloud being emitted from underneath the rubble. 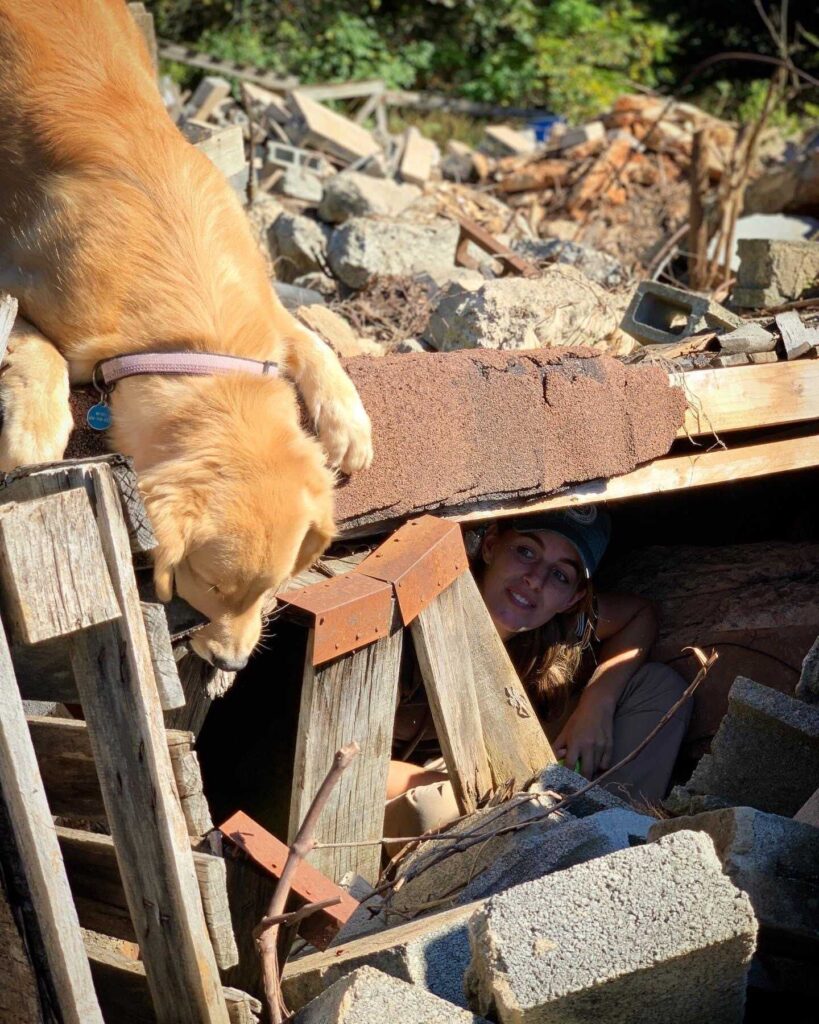 How are urban disaster dogs trained?

In order to effectively train a disaster dog, a trainer or handler must first select a dog who is obsessed with finding things. Although most dogs experience some level of gratification through smelling and hunting, disaster SAR is physically and mentally demanding, so it is necessary to have a K9 partner who can work through any level of complexity or distraction in any environment.

The innate ability to hunt must then be specified to human odor, either live or deceased. This is accomplished by imitating the fantastic level of reinforcement that dogs naturally attain from hunting prey. Trainers typically do this with a toy or food. In most operational environments, a toy is the preferred reward method of choice because it is easily portable, less messy and doesn’t require refrigeration or have an expiration date. Usually, either a tennis ball or a tug is used, but it is important to note that rewarding with a tennis ball in a disaster environment must be done very carefully because the ball must be tossed at a very short distance in an area that definitely poses no safety hazards or a risk of destroying evidence.

Once the association is developed between finding humans and their reward, it is critical to train an indication appropriate to the environment they will be working in. Since these environments are typically very dangerous, a re-find or other physically active indication is not smart. A passive indication, such as a sit or down, would be ineffective and impractical because many times urban SAR dogs are working at a distance from their handler in a location where the handler cannot easily see them. For these reasons, FEMA requires a solid bark alert for all of their disaster dogs.

This indication is obvious, yet enables the dog to remain in the precise location of the buried victim. This bark alert is attached to the act of locating the source of human odor, and dogs are required to bark numerous times consecutively at full volume. Typically this bark alert will continue until human help arrives, at which point they will be given their reward while the other SAR personnel remove rubble from the victim below and relocate them to safety for medical attention. Consistent, high-quality training is critical to the success of any SAR team, but due to the hazardous and time critical nature of urban disaster SAR, it is even more vital. 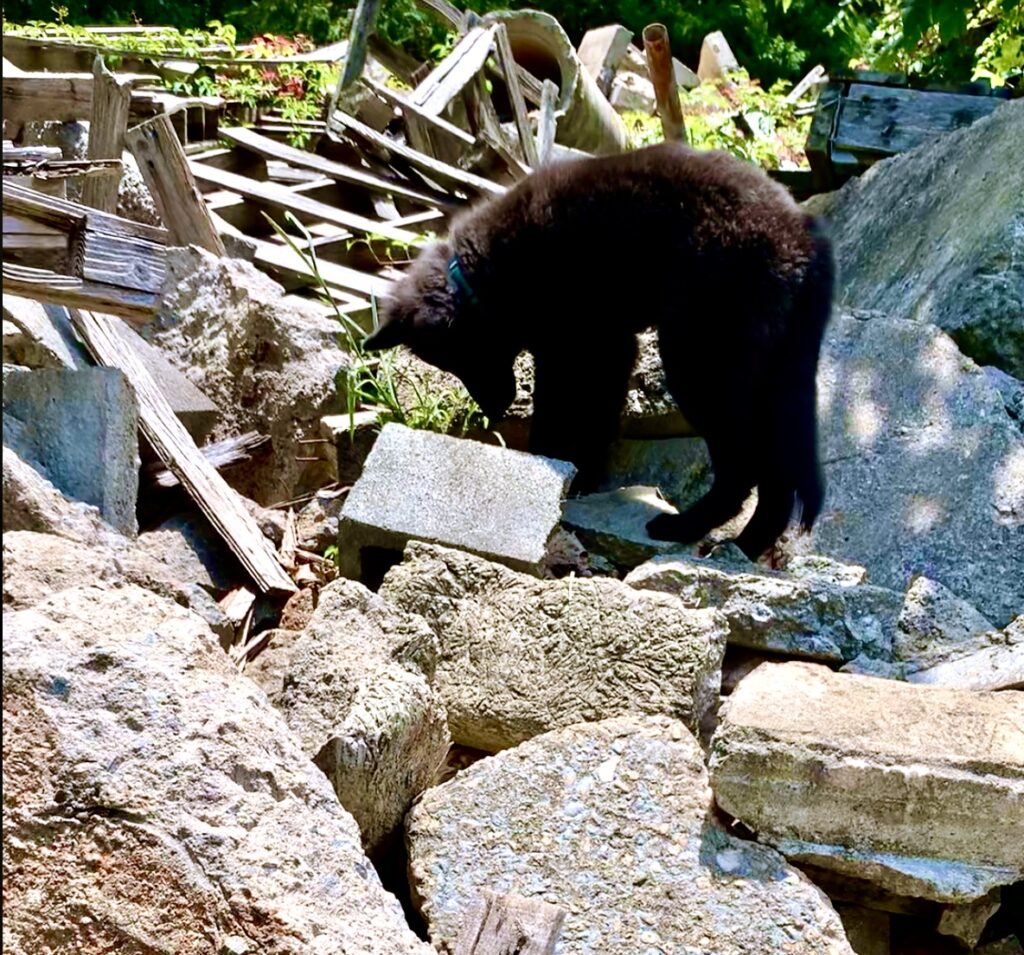 Which type of dog makes a good urban SAR K9?

Dogs selected for the job of searching rubble must be highly athletic and resilient. They must be able to climb through rubble, oftentimes in conditions where it is not safe or possible for human search parties to enter. They must be incredibly motivated by their reward in order to ensure that they will be willing to brave the harsh conditions of their work for as long as necessary to effectively accomplish a mission, while not getting distracted by any other scent, sound or other environmental distractors common to the chaos of disaster situations.

In order to ensure the safety of the dog while they search in unstable environments, the dogs go through extensive obedience training. This not only includes common obedience commands such as recalls and down stays, but includes directional training as well. Directionals consist of a series of commands that give the handler the ability to send the dog in specific directions from a distance. This enables a handler to both ensure that the dog covers an area fully to confirm there are no individuals trapped, and also allows the handler to move the dogs away from dangerous debris or other safety hazards. This type of training provides handlers with a significant amount of control over the dog’s movements while they search, keeping them safe and making sure they do not miss any area of the pile.

Through the utilization of disaster SAR training, and by channeling a dog’s incredible olfactory system natural ability to hunt, SAR teams can successfully locate and rescue individuals trapped underneath rubble and in a number of other terrible circumstances where the human eye alone is not enough to save people.

With consistent, high quality training, Search and Rescue K9 teams become incredibly efficient and vital tools that are capable of moving much faster than human search teams alone when time is of the essence.

How Do Detection Dogs Find Drugs?

Wrapping up week 1 of our first handler school of

Anyone else have the Sunday scaries right now?

Mock traffic stops are a crucial part of our detec

Getting some training in before the weekend begins

This Lab has bigger muscles than most of us…

Recerts! It’s that time of year!

Some pre holiday training with our brand new impor

These teams have successfully made it through hand

Happy Friday! Here’s some action shots from this

What a great day for some trailing! As always, tha

The bonds are building… these teams will be stre

A little bail out training was on today’s handle

“Not all hero’s wear capes” K9 Skaza is the