Many detection dog handlers watch almost exclusively for one thing when they are working their dog: the indication, or TFR (trained final response). It is critical to know when your K9 has identified a target odor source, and where exactly that source is located, but many factors can interfere with a dog performing their final response.

Occasionally, a K9 will be confronted with significantly more or less odor than they have been trained on, or there may be other environmental factors (such as target odor placement, air movement, etc.) that can cause them to not provide their handler a TFR. In the presence of a trained target odor – even if conditions may not be ideal – a detection dog will demonstrate what’s called a “change of behavior (COB).” At its most basic form, this means that a dog’s body language will change once it goes into odor, which typically always happens just prior to the performance of their trained final response.

It is not only important to recognize your dog’s change of behavior in case they go into odor but do not indicate (this may signify the presence of residual odor, or that target odor is there but something is interfering with the K9’s ability to identify the exact location), but also in case a K9 “falses” (where they display their final indication but no target odor is present).

Why this matters for you

In order to be the most effective detection dog handler possible, it is critical to understand the importance of identifying a COB, or that moment when your dog goes into odor (and what is occurring during that time). It is more critical, however, to be able to recognize the moment that it happens and how long they are in odor for. Being able to identify the moment that your K9 goes into odor will allow you to mark that your dog showed interest in that specific area (in case you re-run them, send another K9 through or send a human team in to analyze the area in more detail). It will also communicate that there is, or was, something of interest there but something is interfering with the K9s ability to target the exact location of source.

By being able to read your dog’s change of behavior, you will know with 100% certainty that your dog is indicating on target odor, and you will be able recognize exactly where the odor is coming from. Not only will this assist you directly during deployments, but will make your dog’s indication irrefutable in court. 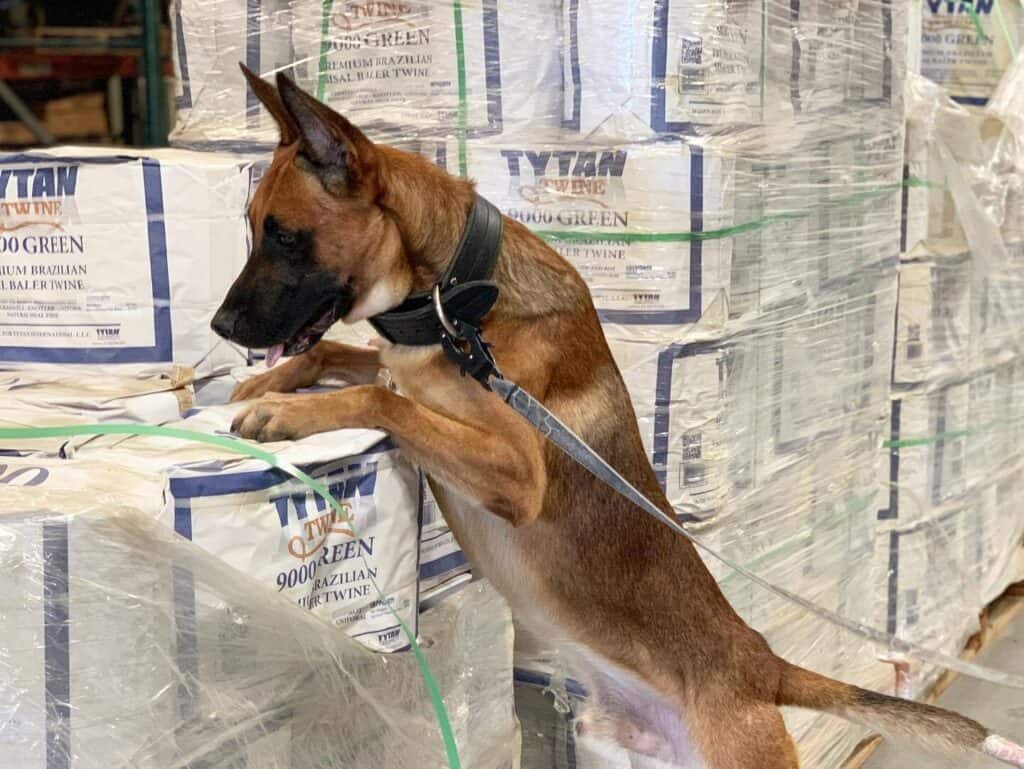 Every detection dog works differently, and changes of behavior will vary from one K9 to another. There are certain behaviors, however, that most dogs will display to varying levels when in the presence of target odor. In order to understand these behaviors, it is important to first understand the basics of how odor works and moves.

Odor molecules move similarly to smoke, as they move with air currents and pool in closed off areas just like smoke does. During handler school, we demonstrate this using smoke bombs and cars: the smoke bomb fills the car and is emitted through the seams of the vehicle. The smoke leaking out is then carried in various directions by the wind.

Odor molecules behave in a similar manner, and this provides detection dogs with a way to locate where odor is coming from. Even though they cannot see how odor moves, they do smell it and move their bodies in such a way that allows them to trail odor to the source’s scent cloud. As handlers, we can read the dog’s behavior as they work detection problems to paint a picture of what odor is doing in a particular area or detection scenario. 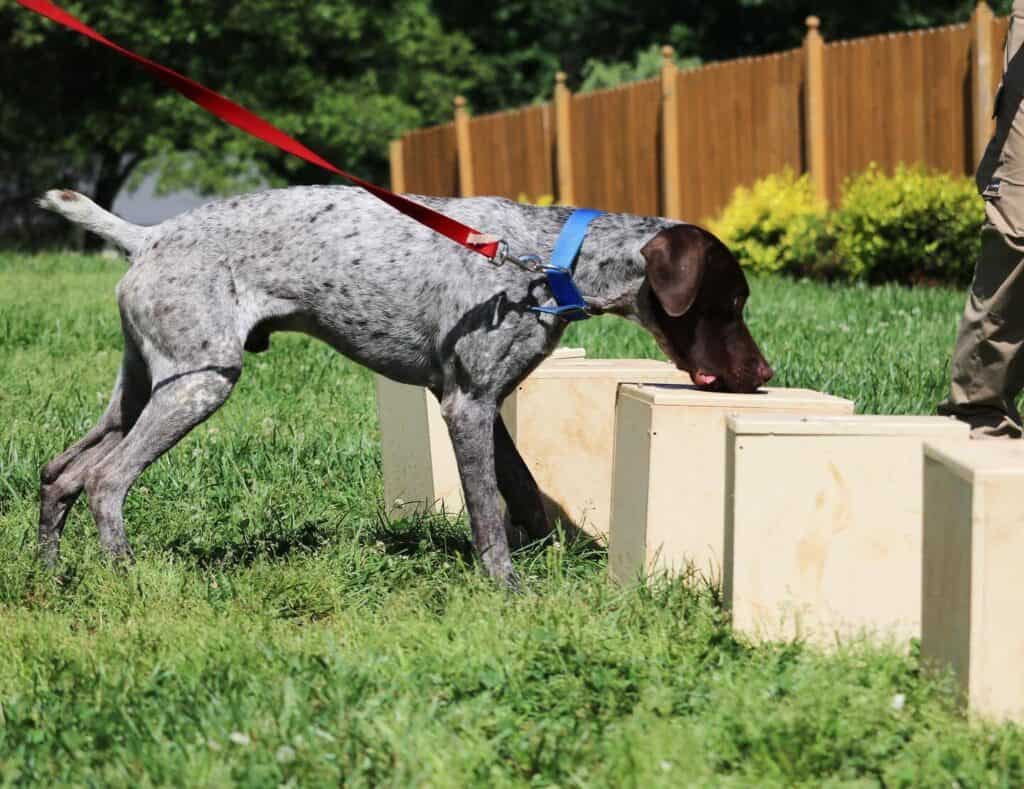 Although working styles differ from one detection dog to another, there are certain key body language signals that a majority of K9s will display once in odor. As a handler, these signals are critical to watch out for when working your dog: 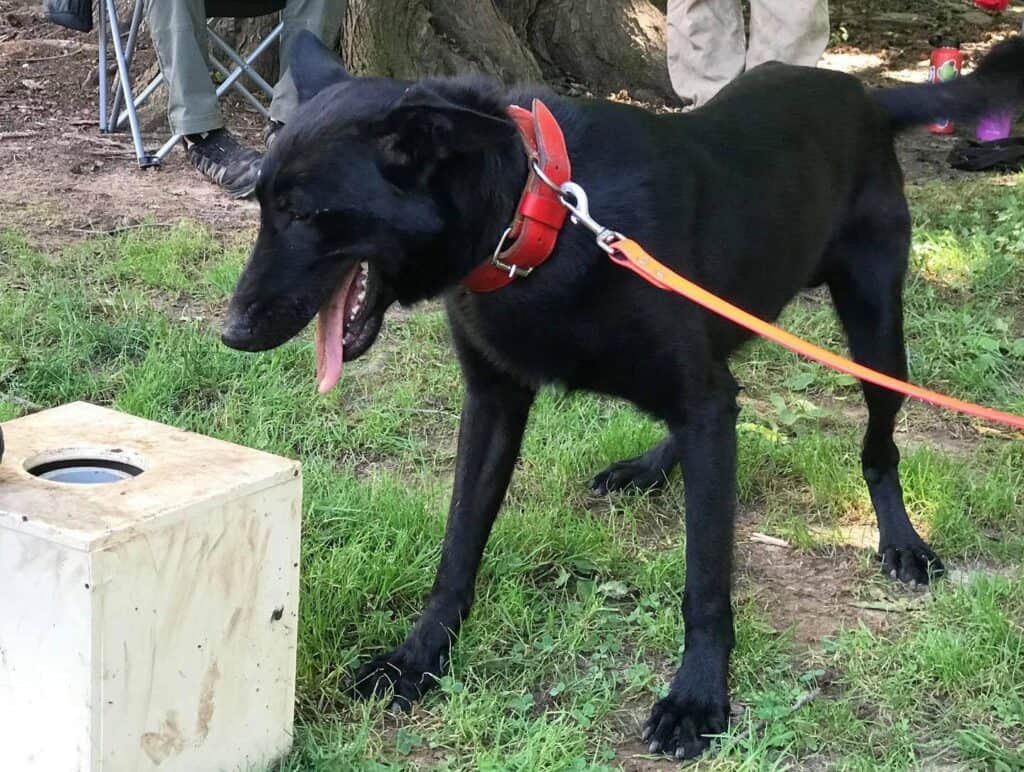 There are many cues for handlers and trainers to look for when working detection dogs. Many of them are similar from one dog to another, but paying close attention to an individual dog will enable you to quickly recognize their specific working style and pattern. If you are curious about different types of detection dog patterns, watch other teams work. What do the dogs do? At what point do they begin to bracket or demonstrate a head turn? What does their breathing sound like while they are working?

Handlers capable of effectively reading their dog can not only confidently call hides vs blanks, but are also able of articulating their dog’s cues in real world scenarios. Reading your detection dog can become very straightforward if you take the time to look for the cues listed in this article and understand when they occur and why.